my way of living

My Top 3 Recommendation For Rice Cookers in 2020

For many housewives who passionately loves cooking, the first consideration that every kitchen lovers like you will surely look for the utensils to be used. This is were rice cookers comes in. Rice cookers are, all-in-one kitchen tools that performs exactly parallel to the meaning of the name-cook slowly. It offers you an idea which is to throw a bunch of ingredients in the slow cooker in the morning time, and you will have a ready made delicious meal once you got home.

If you were ever in the market for a rice cooker, you might be quite familiar with the overwhelming numbers of Japanese rice cookers available. Even though there are American, European and Chinese brands, the Japanese rice cooker manufacturers seem to dominate the market with impressive selections of models, price points, heating technologies and menu options. The four best Japanese brands are: Zojirushi, Panasonic, Sanyo and Tiger.

Before I began researching for the best rice cooker of 2020, I wasn’t aware of Zojirushi nor did I know how to even pronounce it. I had to use Google Translation to find out it was pronounced as “zo-gee-ru-shi”. It didn’t take me that long to realize that Zojirushi has been a key player in the household and commercial appliance market around the world. 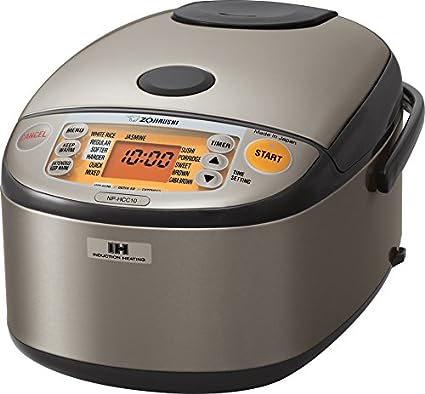 Zojirushi has been in business since 1918. It was founded as the Ichkawa Brother’s Trading Company in Osaka, Japan. In 1961, the name was changed to Zojirushi Corporation. “Zo” means “elephant” in Japanese which represents strength, intelligence and familiarity. For over 90 years, Zojirushi has been practicing what they preach, i.e. to improve consumers lives through innovative products. Some of the product lineups are: rice cookers, water boilers, beverage dispensers and more for both residential and commercial uses. Zojirushi’s products are the embodiment of cutting-edge technologies, aesthetic appeal with consumer-friendly usability.

It has an impressive array of rice cookers from the simple conventional, micom (micro-computerized chip), fuzzy logic, induction to pressurized heating. The rice cookers come in different capacity sizes and in different colors. The products are built to last and elegant enough to be displayed on the kitchen counter as industrial design “artwork”.

The singular strength in Zojirushi’s rice cookers is exhibited by technologies meeting user-friendly design. Zojirushi takes rice cooking to a new height in the intricate design of menu options for rice of all kinds. Given its prominent market position, Zojirushi commands higher price in its rice cookers. Most rice cookers are priced from $50 up to $400. If you enjoy a best-in-class rice cooker, you ought to be willing to part some hard-earned cash, right? 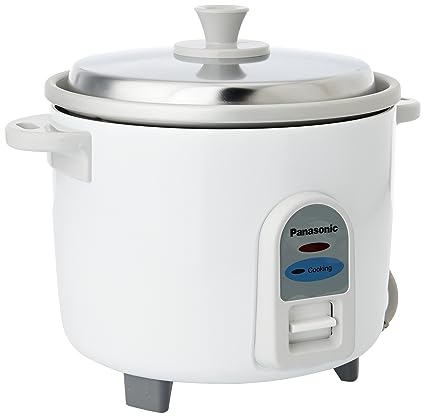 At the heel of Zojirushi is Panasonic. It’s safe to assume that the Panasonic’s brand awareness surpasses Zojirushi’s in the United States thanks to its popular consumer electronics such as televisions, cameras and camcorders. Similar to Zojirushi, it is also headquartered in Osaka, Japan with a long history dated back to 1918 (did Zojirushi and Panasonic coordinate with their timelines?). Since the humble beginning, it has expanded into one of the largest Japanese electronic manufacturers competing with Sony, Canon and Toshiba worldwide.

Panasonic also produces non-electronic products such as rice cookers and offers home renovation services. Panasonic’s rice cookers are characterized by its multi-functionality, durability and affordable price. There are only two types of heating technologies in Panasonic rice cookers, namely, conventional and fuzzy logic. It doesn’t yet have rice cookers with induction or pressurized heating.

A couple of unique features in some of the Panasonic models are in the inner cooking pot coated with Binchotan, white charcoal and the dimples in the pot. The charcoal coating is to absorb the unwanted odor from tap water and also to bring out the natural aroma and flavor in rice. The dimples in the pot help with better heat distribution. As a result, the rice gets cooked more evenly.

When I think about a Panasonic rice cooker, I think it as Mr. Functional and a multi-tasker. Some of the rice cookers are designed to cook rice, slow cook soups/stews, bake cakes and steam meats and veggies. It does the job well, but the design is uninspiring and luster-lacking. As far as the menu options, the basic types of rice are covered, but not as refined as Zojirushi’s.

To offset the lack of cutting-edge heating element, Panasonic’s rice cookers are priced at mid-point from $20 to $150 (more for commercial ones) as more affordable options. 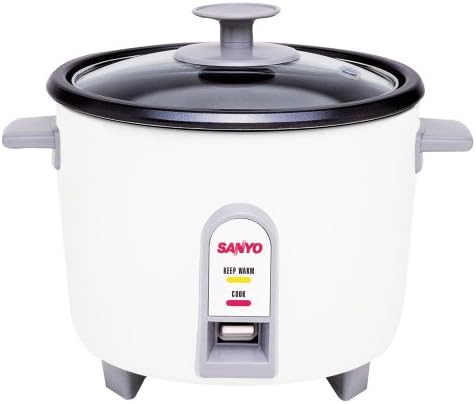 Sanyo is another Japanese electronics company headquartered in Osaka, Japan. In 2009 and 2010, Sanyo was acquired by Panasonic through two transactions and became a subsidiary within Panasonic. Sanyo’s products target the middle of the market and there is no exception with its rice cookers.

Similar to Panasonic, Sanyo’s rice cookers excel at multi-features to save money and space in the kitchen. Often you’ll find Sanyo’s rice cooker as a slow cooker, a steamer and as bread baker besides the primary function of making good rice. The lineup includes models with conventional heating as well as digital types.

The design and heating technologies are not the most impressive as in Zojirushi’s rice cookers. But with the mid-priced range between $20 to $200, it serves as a solid rice cooker for average folks who just want to have a decent rice cooker.

First Time Organizing Food For An Event? Here’s How To Keep It Safe

My name is Jovan, the girl behind this blog. I love to write. And I love to cook. But more than anything I love to eat.